A digital space reserved for stories we find – from customers and neighbors.

We are inspired by our own unexpected story: buffalo wings and brewhouse is about eight blocks away from the tavern Matt Bille’s great grandfather ran outside the gates of buffalo bolt at the corner of Oliver and East avenue. What are the stories of the street and its history? What did it use to be? how did it change? why? and, what’s happening now?

We plan to start with an account of life around a tavern on Oliver more than a century ago. Matt’s great grandfather ran a saloon until the prohibition hit in 1920. Saloonkeeper Herman Schroeder’s daughter was Matt’s late grandmother who, in 1992, wrote a typed, eight-page description of pre-prohibition Oliver.

We plan to post it here with photos of the old place and its people. 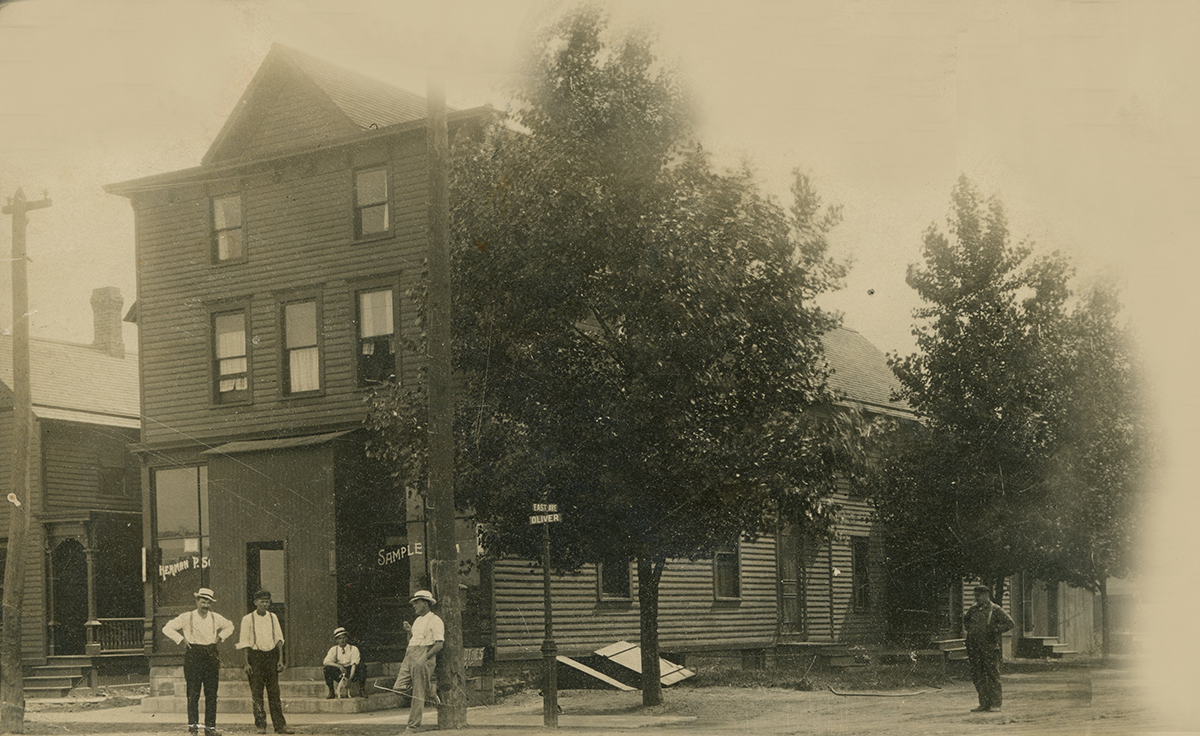 “Each day many things happened with so much activity and so many people drinking, eating, working and putting coins in the saloon’s player piano. I recall attempted robberies, a fire, a suicide, Mr. & Mrs. Santa Claus coming on Christmas Eve bringing gifts to me, travelling marionettes performing in the bar …”

Do you have a story to tell? Reach out and let us know. Let’s chronical and make history together.